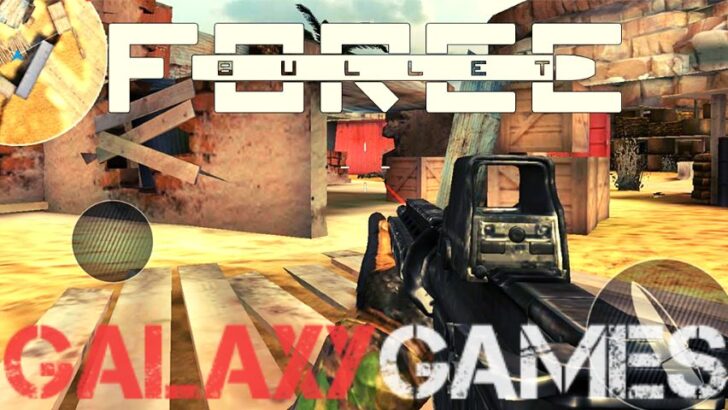 Bullet Force is a fast-paced, first-person shooter game that is free to play on a browser. In Bullet Force, you can battle against players from around the world in online multiplayer mode or play against bots in offline mode. The game has a variety of maps and game modes to choose from, and you can customize your character with different weapons, attachments, and skins.

How To Play Bullet Force

In Bullet Force, you must aim and shoot your enemies before they shoot you. You can use different weapons, such as a rifle, submachine gun, or shotgun, to defeat your opponents. You can also use attachments, such as a scope or a silencer, to improve your accuracy or stealth. To win, you must either kill all of the enemies or capture the enemy’s flag.

Bullet Force has several different game modes, including Team Deathmatch, Free-For-All, Capture the Flag, and Bomb Defusal. There are also several different maps to choose from, including a factory, a military base, and a city. You can also create your maps and game modes with the game’s built-in level editor.

Bullet Force has a wide variety of character customization options. You can choose from a variety of different weapon skins, attachments, and camo skins. You can also change your character’s name, gender, and avatar.

Is Bullet Force Free To Play?

Bullet Force is a fun, fast-paced shooter game that is free to play. The game has a variety of different maps and game modes, and you can customize your character with different weapons, attachments, and skins.

This game is in early access and is preparing for the official launch on Steam. Bullet Force has a large and growing player base. The game is well-optimized and runs smoothly on most devices. The game’s developers are constantly releasing new updates, which add new content and improve the game’s overall quality.