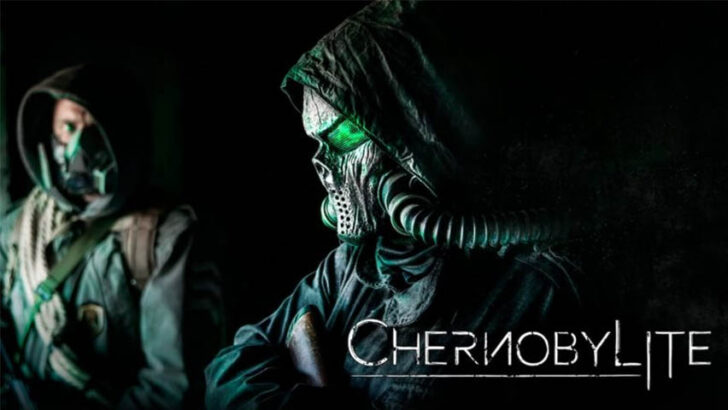 The post-apocalypse genre excites the minds of more than one generation of science fiction writers. Game developers also did not stand aside, and are trying to surprise us with frightening and dangerous worlds. Sometimes it comes out very convincingly, especially if real events are taken as a basis. This is how the universe of S.T.A.L.K.E.R. appeared. The second part of the franchise is under active development with projected deadline shifts, but the competitors are not sleeping. You can join to the game here.

Сhernobylite was created by the efforts of the Polish studio Farm 51. These guys are definitely not newbies in the industry and gave us Painkiller. Part of the team previously worked in another well-known studio – People Can Fly. The game combines features of several genres, primarily shooter and horror, but includes elements of survival. In early access, the first Chernobylite release date was in 2019 on Steam, and then the game was full of errors and rough edges. These are well-known features of Eastern European game development – when testing is not a top priority. However, over time, the game is usually brought to an acceptable state. Now the game is cross-platform, including next-generation consoles (PS5 | Xbox Series), and we decided to create a detailed Chernobylite review.

You can also get acquainted with the colorful description on the developers’ website: https://chernobylgame.com/

Chernobylite is a story-driven game, which is very valuable, for two reasons: the narrative turned out to be exciting, the second – we live in the era of the winning multiplayer, where single-player games are rare. The protagonist arrives on the territory of the Chernobyl nuclear power plant in search of his bride Tatyana, who disappeared 30 years ago during the terrible disaster. Reminiscent of both a Silent Hill and Half-life, here you are also a nuclear physicist. Artеfact-hungry corporations included.

We will return to the game story later, first we want to tell you how the game world works. Immediately rush to storm the reactor will not work. You have to be properly prepared. The key element is the hub-base, where the player prepares for dangerous raids. XCOM series style base upgrade included. The zone is divided into five locations: the port and center of Pripyat, the red forest, Kopachi, the eye of Moscow.

It will take many successful sorties, and the old warehouse will be transformed into a real military base.

A good partner is worth its weight in gold, especially in a post-apocalyptic world. Do you remember Harlan Ellison’s story “A Guy and His Dog”? Here, unfortunately, there are no animal partners, but this is an important element of the game, which is well developed. Story events by status rely on the main character, but you can send other NPC to collect resources. The protagonist does not have to spend his time collecting any garbage for crafting items, it is cool that the Chernobylite gameplay element was automated. Partners do not just gather resources, they can teach you new perks, for example, the “stealth of a ninja” will definitely come in handy.

No matter how cool the hero is, he needs true allies. Many of the characters are associated with situations of moral choice. We want to note “Tarakan” and Oliver as bright and memorable. The first one is a bit insane, raves about rats and claims that one is capable of resisting the “Rat King”. Not bad, right? You will learn more about Oliver yourself during the game, the developers have come up with interesting scenario moves.

Perhaps gameplay is the most important part of any successful project. Many things can be improved with story, atmosphere and good dialogue, but the game is a process, an exploration and a challenge. We are definitely not fans of “walking simulators”)

What can the Chernobylite offer us?

This is not a DOOM-level shooter, so you should understand this. Although we expected more from the Painkiller creators. There is no standard crosshair, you can only aim through the muzzle-sight or the sight on the weapon. Each shot has a strong recoil. Monsters will have time to gnaw off the hero’s ass while he aims at them. Soldiers, on the other hand, have very good hearing. In general, the authors wanted realism in this chernobylite mode, but it turned out to be controversial.

Chernobylite is a game you can strategize. Building and arranging the base is exciting. We have already mentioned the XCOM series. There are many interesting little things in the base сonstruction. For example, the more machines and equipment you install, the worse the air quality, which affects the health of the team-members. Therefore, you will have to put in a lot of plants and air cleaners to fix the situation.

Instead of a rifle or pistol, the player’s main weapon is the “analyzer”. It helps you highlight resources, secrets and evidence. You will also have to shoot, but enemies can often be bypassed. For fans of customizing weapons such opportunities are provided on the base. The AI is not very outstanding, although the last time we were surprised by this aspect was in 2005, when the F.E.A.R. released.

Chernobylite is a story game and a good mystical and emotional adventure with elements of survival. It’s really interesting to follow the story and relationships of the characters.

In almost every mission there are tasks where you need to make one or another decision. Additional missions are needed mainly to collect resources so that the story mission does not fail as soon as you start it.

The developers of the game created an interesting protagonist. Who, like Gordon Freeman, partially had a hand in a terrible disaster and is now trying to fix everything. The main story quests are well written, in some cases they require difficult moral choices, which later affects the game events. This aspect of the game is worked out at the highest level.

Survival elements are made more for the atmosphere than testing our patience). But something will still require your efforts, this is not the easiest tour of the Chernobyl zone.

You need to beware of Chernobylite fog, and a gas mask solves this problem. We bypass radioactive areas, if we grab a dose, the good old anti-rad will help us out. An interesting aspect is the presence of a psychological state. You are less likely to succeed when completing missions if the parameter is low, with increased stress, the level of health begins to fall.

Some locations are designed photorealistically as the developers were engaged in 3D scanning of the Chernobyl zone. Mystical elements are beautifully and frighteningly made. You will be amazed!

Polish developers are brought up by the Witcher, and even making a shooter or horror game, they include moral choices in it. It’s interesting to watch the consequences of your decisions.

The total time of passing the game with side quests was 30 hours on PS5.

You can purchase the game in a store convenient for you in two clicks. Freemiums DLC are included in the premium game edition. Chernobylite is a game without donation, this is a complete product.

You will like Chernobylite if you have played: S.T.A.L.K.E.R.: Shadow of Chernobyl, Fallout 4, Escape from Tarkov before.

The authors of the game were fully able to achieve the main goal. Chernobylite is a great mystical and emotional survival adventure. The developers have interesting ideas: the system of moral choices really works. Shooting and artificial intelligence could be better, but elements of the open world and base management are well-implemented.

Missed the radioactive romance – you’re in the right place!

Q: How Long Is Chernobylite?

A: 30 hours with location exploration

A: Chernobylite is splitted into areas, meaning it’s not a true open-world experience

A: Chernobylite does not have co-op nor any sort of multiplayer component. It’s a single-player game only, meaning there’s no couch co-op or online multiplayer