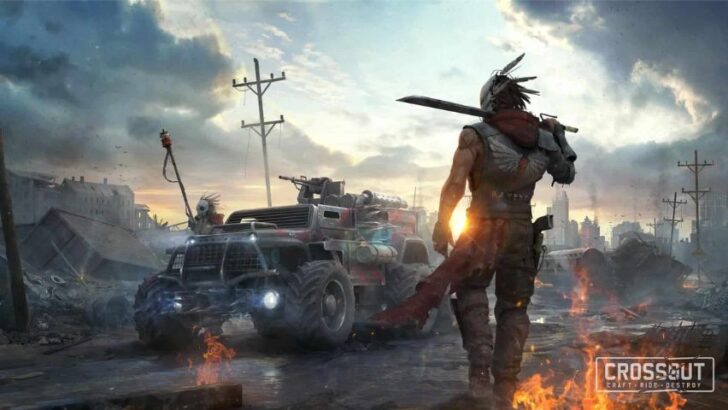 Crossout is a post-apocalyptic MMO action game for PC and consoles. It has been in development since early 2014 by Targem Games and Gaijin Entertainment. In Crossout, players build their post-apocalyptic vehicle from a wide range of parts and then take it into battle in a variety of game modes.

The game is free to play and is available on PC, PlayStation 4, 5 and Xbox One.

Crossout is a vehicular combat game set in a post-apocalyptic world. Players build and customize their vehicles, then take them into battle against other players online. The game is free to play and offers a variety of modes and challenges to players.

How to Play Crossout

The basic gameplay in Crossout is to destroy other players’ vehicles while avoiding being destroyed yourself. To do this, you’ll need to make use of your vehicle’s weapons and defences.

There are three main ways to battle in Crossout:

In addition to the basic game modes, Crossout also offers a variety of challenges and puzzles for players to complete. These challenges can be completed alone or with friends, and offer a variety of rewards.

Is Crossout Free to Play?

Yes, Crossout is free to play. Players can download and play the game for free and can purchase in-game items with real money if they choose to. However, all of the game’s content is available to all players for free.