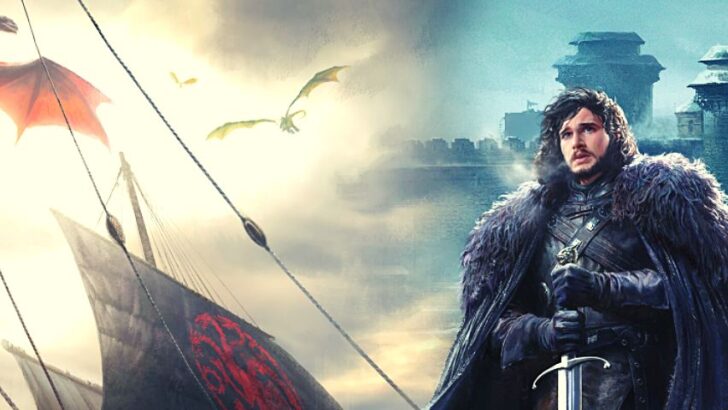 Game of Thrones Winter is Coming is an online PC strategy massively multiplayer that is based on the HBO drama television series. It was created by Yoozoo Games, a Chinese firm, in association with HBO and officially licensed by Warner Bros. The game was globally launched on 26 March 2019.

Take on the role of an ambitious Westeros Lord who is desperate to end the interminable wars between the Seven Kingdoms and save a nation torn apart by conflict. Read the Game of Thrones Winter is Coming review if you are a dedicated fan of the series and play the game to be not a spectator but the one who can determine the fate of Westeros.

The game puts the player in the role of a contender for the Iron Throne of Westeros. The path to the throne begins with establishing your own noble family, which you must then lead to triumph. Construct your stronghold, equip your soldiers, and lead them into combat. Engage in PvE and PvP combat and develop into a peaceful trade nation or a ruthless military superpower tasked with protecting its citizens from the mythical white walkers.

The Game of Thrones Winter is Coming gameplay requires you to play the part of a lord or lady ruling over one of Westeros’ Seven Kingdoms. Play this free PC game and find yourself in the center of an ongoing war among seven different kingdoms. Build an army to battle other lords for control of the castles throughout Westeros. The ultimate goal of your journey is to govern Westeros and sit on the Iron Throne.

When you create an account with the Game of Thrones Winter is Coming game, the first thing you need to do is to find out your Kingdom by checking the map where it is specified. Next, you need to complete the tutorial to familiarize yourself with the basics of the game. Then, prior to completing any quests and missions, you need to upgrade your VIP level from 1 to 4 using Diamonds. At the early stage of the game, you are given 400-500 Diamonds which are enough for you to upgrade your VIP level to 4, especially the Lord experience.

For every level that you unlock, you will receive a Privilege Pack with unique bonuses that will help you to gain more Lord Experience, which is crucial in this game. Therefore, by upgrading your VIP level to 4, you will get your first bonus, namely a 25% Lord Experience bonus card.

Each time you reach a new level, you receive Talent Points that can be used for upgrading your Talent Tree, with such characteristics as Construction Speed, Wood Production, Iron, and Stone Production, etc.

The game features a large number of commanders with unique attributes and skills that will lead your armies to defeat white walkers and your enemies. Some commanders are available to you right away, and some you need to unlock by spending real money. layers may choose the commanders that were created specifically for the game, such as Chris, Sheila, Jeane, Andrea, Barret and many others. There are also famous character commanders such as Sansa Stark, Arya and Rob Stark, Jaime Lannister, Jon Snow, Melisandre, etc.

Game of Thrones Winter is Coming has two main game modes. The primary game mode has you constructing a kingdom by acquiring materials, constructing buildings, and discovering new information. The second option is to play the mini-games, where you may complete missions and fight alongside fan-favorite characters like Sansa Stark and Jon Snow.

All tasks in the game are divided into three types:

The engaging gameplay allows players to choose their commanders, establish their battle formation, and use abilities to complete missions in PvE and PvP modes to collect generous rewards.

Game of Thrones Winter is Coming game has been intended to give players a balanced blend of strategy and role-playing for a distinctive gaming experience. With all the significant castles from the show, the game’s environment has been created to replicate a geographically realistic representation of Westeros. Playing as a Westeros Lord, you have a chance to engage in your favorite scenes while interacting with events from the television series.

To level up your Lord and your kingdom, you’ll need to conduct technological research, develop new structures, raise your forces, hire strong commanders to lead them in war, and complete story tasks to earn resources and experience points.

Since most actions are time-gated, managing your resources is essential to success. Understanding what to prioritize may be the difference between failure and victory. However, you can use resources to hasten your research, construction, and training.

You must hit the “Gather” button and send troops to occupy the Gathering Site in order to begin gathering resources. You won’t be able to claim and exploit the resources until your warriors bring them back to your region. Each army has a capacity that limits the amount of resources they may collect and bring back.

Other gaming elements, like the RPG mini-games where you can collect famous commanders like Sansa Stark, will keep you occupied while you’re on your conquest. You can participate in tower defence games where swarms of foes will try to break through, equip them with things, and earn experience points.

You can command your armies, choose the character formation, and employ special talents and abilities throughout these mini-game conflicts. Alternatively, you may let the AI do the simulation for you.

Game of Thrones Winter is Coming is a legit real-time multiplayer game which is also free to play. The game allows for real money microtransactions so that gamers can speed up their game progress and boost their Lord’s experience.

Gold Dragons may be purchased with real money. Typically, they are used to upgrade players’ buildings, build troops and buy VIP levels that are necessary to collect more Lord experience oints and resources. As for Diamonds – they are used to speed up one’s troops and building construction, as well as boost one’s EXP. They may be earned by completing Quests and Weirwood, and joining training grounds. They can also be purchased with real money.

Black diamonds are almost never given away for free, however, there are frequent giveaways and events that include coupons for discounts. Black Diamonds may be used to get more stamina.

To earn gifts that are essential to your Westeros journey, you need to check and accomplish event objectives. In addition to event objectives, Normal and Elite challenges also offer rewards. Periodically, the difficulties are reset. In order to always optimize your benefit from finishing the tasks, make sure to verify the objectives of the challenges. As a side note, the challenge points will vary depending on your Castle level.

In addition, by upgrading your VIP level, you may receive different bonus cards that you can later use to increase your Lord’s experience and resources.

Where To Play Game of Thrones Winter is Coming

Game of Thrones Winter is Coming is legit, so players may use the Steam platform to play the game using their PC. In addition, the game is accessible via the official website of the game. Gamers who like playing real-time strategy on the go may download the game to their Android mobile devices.

If you play the game using certain platforms such as R2Games, you have a chance to use its cross-play feature and play a game with a friend who plays on an alternative platform like GTArcade, Esprit, etc.

As the game is relatively new, there are not so many reviews available on the reliable review platforms. But many of the existing ones point out that, in contrast to many similar MMORTS games, Game of Thrones Winter is Coming multiplayer has extremely colourful, robust, and exciting visuals. Also, many gamers appreciate complete continuity with the storyline of the TV series and many popular and recognizable expressions are taken from the film. As to the negative side, the most important drawback underlined is automatic combat, which completely interferes with strategies. A typical character development system is also criticized a lot.

All the fans of this TV series and those who are just fond of playing MMORTS can also try the following alternatives:

Since Game of Thrones Winter is Coming is legit to play directly in your browser, there’s no need to download the game. To begin, visit the game’s official website and choose the “PLAY!” option. Keep in mind that before you can begin playing, you’ll need to create an account.

Where Can I Download Game of Thrones Winter is Coming?

It is a web-based game, so no further software download is required to play.

What Are The System Requirements For Game of Thrones Winter is Coming Game?

The minimum and recommended system requirements are provided above.

What Is The Price Of Game of Thrones Winter is Coming?

You can play Game of Thrones Winter is Coming for free, but there are in-app purchases available.