An Honest Review Of Monstrum 2 Game 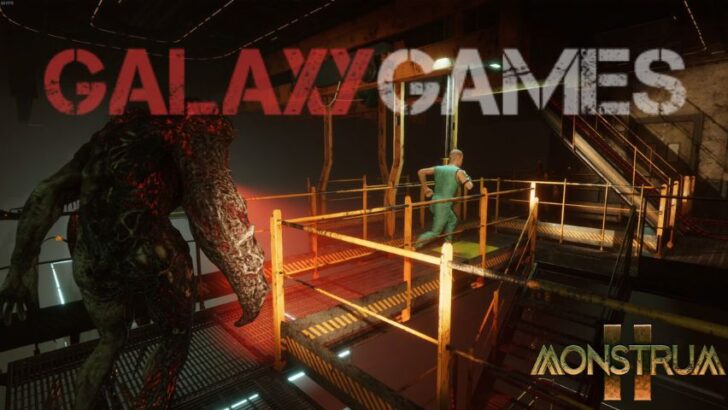 Monstrum 2 game is a survival PvP horror game for 2-5 players. It is a fascinating adventure with simple rules, an unforgettable atmosphere and well-developed gameplay. A central lobby allows you to pick a server, type of character, and whether you want to play a private or a public game. Check out our Monstrum 2 review and learn about all the game characteristics and rules.

Given that Monstrum 2 is a first-person horror game, all the visual effects it contains are eligible to scare the players and keep them anxious. The game theme is generally dark, but it does not affect the players’ ability to navigate through the map. The graphics are well-developed and quite realistic.

Compared with the game’s early release, the latest version can boast of significant sound updates. Hence, the sound effects can let you feel the monster’s bloodlust. Based on Monstrum 2 reviews, a large number of players consider the sounds that accompany the gameplay to be very realistic.

The cost of the Monstrum 2 game is now $14.99, while the beta version was a little cheaper. Yet, remember that the final price of the game on Steam depends on the player’s location. For example, Argentinian players will pay only $1.19, while Israeli players need $15.63 for the Monstrum 2.

If you are wondering whether your PC is suitable for running Monstrum 2 multiplayer, you have come to the right place. The game does not require an expensive Gambling PC. Still, checking the installation requirements is crucial before installation.

Monstrum 2 multiplayer allows some players to take on the role of prisoners, collaborating and solving puzzles to escape the facility, while another takes on the role of a monster whose sole mission is to capture and kill all the prisoners. The storyline begins with 1-4 humans that are imprisoned in the fortress surrounded by sea. Their main aim is to escape by boarding a helicopter or submarine. But the hardest thing is to stay alive because there is a Monstrum 2 monster that tries to hunt them down.

Playing As A Prisoner

As a prisoner along with your team (or by yourself), you need to complete a certain task to be able to get off the fortress. Among such tasks are the activation of fuse boxes, powering up the generators and fixing evacuation paths. While doing it, you need to avoid the monster by running away from him, hiding in the lockers or blinding the creature with a flashlight. Note that you cannot kill the monster.

Playing As A Monster

To switch it up, you may select the monster role, and prevent prisoners from completing their mission by killing them or holding them before the time runs up. Each monster has a distinctive play style. The list of Monstrum 2 monsters includes Bhagra, Brute, and Malacosm. Monsters can also be customized by using skins and various accessories.

Once the players split into teams of monsters and prisoners (1 monster and 1-4 prisoners), the game starts. Prisoners cooperate and try to get the escape vehicle ready. To achieve their goal, they need to perform several tasks that differ from match to match. Usually, they include turning on the switches, removing physical barriers, fuelling the vehicle and so on. If you complete all the challenges and manage to avoid the monster – you escape the facility and win the match.

After choosing the monster role, players need to kill or capture prisoners before they complete their tasks. Prisoners always have two lives, so monsters must kill them twice to get them out of the game. Killed prisoners become spectators in the game.

Note, that after each match the winner gets monster coins that can be used for customizing their characters.

Similar Games To Check Out

There are many games with similar gameplay you can try as well. Among the best-rated are:

If you are bored or just looking for a fun time with your friends, then you should try Monstrum 2. Customize your character, plan the strategy, fool the monster and experiment with the tactics. One of the best horror games is waiting for you to start playing today!

Monstrum 2 is a stunning game for fans of survival games with perfect visualization and sound effects. It allows you to demonstrate your creativity and sharp mind under stressful circumstances regardless of the character you choose. Make it your daily habit and the entertainment will never end.

Monstrum 2 is a sequel to the game “Monstrum” and is known as a multiplayer survival game.

How To Play Monstrum 2?

Survive and escape from the facility with your friends while playing as a prisoner or stop them from running away as a monster.

How Much Does Monstrum 2 Cost?