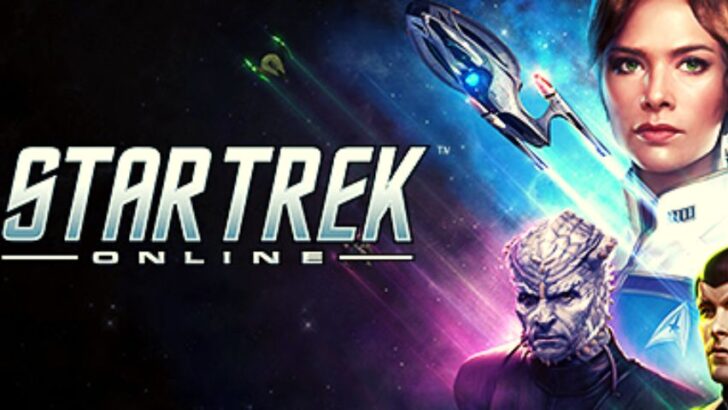 Star Trek Online is a free-to-play MMO game that was developed by Cryptic Studios and launched in February 2010. Initially, it was released only for PC, but after a few updates, this cross-platform game is now available for PlayStation 4 and Xbox One consoles as well.

Read our comprehensive Star Trek Online review and learn in detail why this game is considered a must-play for every Star Trek admirer.

Thirty years have passed since the events of Star Trek: Nemesis when Star Trek Online is set. The United Federation of Planets and the Klingon Empire are at war once more as a result of the breakdown of their alliance. As the Terran Emperor combined with The Other, a force of immense power motivated by rage and a desire for vengeance against its creators, things have worsened in the Mirror Universe. The identity of the brains behind the ruthless invasion of the galaxy by the Terran Empire has remained a secret up until this moment.

The main aim of the Star Trek Online gameplay is to develop your character and increase your own and your faction ranks (levels) through completing missions and combating other players. This game only necessitates two partial playthroughs and one major playthrough on a single character. These abridged playthroughs will focus on story arcs that are exclusive to a particular group.

Each faction page will indicate how far you should progress via the partial playthroughs and when to stop. Since everything is unlocked at the start, you can decide which playthrough to begin with. You can start playing as a Romulan and progress up to a certain point before pausing to finish the Starfleet playthrough and returning. You will efficiently obtain all the achievements if you proceed to the specified point in the faction’s walkthrough page.

After registering a Star Trek Online account, players need to create their own player characters using the character slots. The player can modify the new character’s look and choose a name for them as well as the name of their first spaceship.

Starfleet, Romulan Republic, Klingon Defense Force, and Dominion are the playable factions that each player character can join in the game. They begin with the Tutorial, which tells the tale of how they came to be in charge of their ship. In addition, players have the option of creating their own species (race) or choosing one that is offered – Romulan, Allien, Talaxian, Orio.

Each player’s character must select one of the three main professions—Engineer, Scientist, or Tactical Officer—as their career path, which dictates which Captain skills are available to them as well as which kit modules they may equip.

Any character can choose from a variety of starships and associated bridge officers. All of these may be highly customized, not just with the goods that are already equipped, and there are further customization possibilities that you can buy or unlock.

From level 0 to level 65, the character’s level rank and level increase with the corresponding rank changing roughly every 5 to 10 levels depending on faction. The character is the equivalent of a Lieutenant Commander between levels 10 and 19. At level 20, they are promoted to the rank of a Commander, where they remain until they reach level 29 and so on. Access to additional skills, systems, ships, and zones is made possible by rising levels.

In Star Trek Online, PvP is a gameplay style in which members of all playable factions engage in space and ground combat with one another, even though the game does not feature an open-world PvP. Players can access numerous cross-faction, round-based battlegrounds under the Mission Journal’s “PvP” page.

In the game, every player controls their own spacecraft in Star Trek Online. The majority of game achievements have to do with finishing Story Arcs, which are further divided into varying numbers of episodes. Three characters have 155 tale episodes to complete. Episodes can range in duration from 20 to 40 minutes. As you will achieve level 60 on your main character far before completing all the Story Arcs, the only levelling requirement you will need to concentrate on will be connected to Captain Specialization at the conclusion of the game.

While playing a storyline, you will be able to complete daily missions. Those are similar to the ones that episodes contain but usually are longer and require more advanced skills to complete. Also, they become available at later stages of character development.

Last but not least, is exploring a huge Star Trek world on different maps. There are different worlds like Risa, Nimbus, Romulus and others that you can visit after completing a certain story. Each world has its own peculiarities and missions to complete as well.

To finish all three needed playthroughs and most of the exploration achievements, you will need to actively play the game for roughly 100 hours. Many of the collectables and progression-based milestones can be completed as you level up passively. You can also complete them by logging in once per day (every 20 hours) and performing chores for roughly 30 minutes.

The Star Trek Online game is completely free-to-play. However, to make the development of your character faster, you can make some microtransactions and get some in-game items using virtual currency.

There are three types of virtual currencies in Star Trek Online:

To reward players, Star Trek Online game allows them to receive one of several predefined items from a Lock Box along with some Lobi Crystals. Each Lock Box’s contents change about every three months. The Box can only be opened with a Master Key, and it is dropped as treasure during routine gaming. Keys can be purchased for 125 Zen at the Zen Store.

The Current Lock Box and Infinity Lock Box can also be obtained for free from the Zen Store in addition to loot drops. All previous Lock Boxes are often listed on the exchange as they may be traded there.

Where To Play Star Trek Online

Since Star Trek Online multiplayer is a cross-platform game, one can play it on different platforms. PC users may enjoy playing the game for free using the Steam platform. To get access to the game, one should create an account and click on the “Play Game” button. In addition, the game versions were released for Xbox One and PlayStation 4.

Based on the quantity of Star Trek Online reviews players write on the famous game distribution platforms, it is clear that the game is top-rated. According to the fans, the most prominent features of Star Trek Online are quite realistic space battles and high-quality visuals. Furthermore, awesome character customization abilities, solo game options and flawless gameplay make Star Trek Online the top choice for thousands of gamers. Yet, some players noticed technical issues when playing the game and slightly underdeveloped ground battles.

If you like Star Trek Online game but also want to diversify your gaming experience, try playing the following alternatives:

Ever since the launch of Star Trek Online early access for PC, the game is free-to-play and does not require you to download it. So, you can play the game safely on Steam or the official website of the game’s developer. The owners of PlayStation should access it on PlayStation Online Store. But if you prefer to play on Xbox One to avoid scams, you can find the official game on the Xbox online marketplace.

Legit Star Trek Online can be downloaded on the official website of the game developer or the gamer’s platform – Steam.

What Are The System Requirements For Star Trek Online Game?

The system requirements are thoroughly described in our comprehensive Star Trek Online review above.

What Is The Price Of Star Trek Online?

You do not need to pay to play Star Trek Online game as it is free.