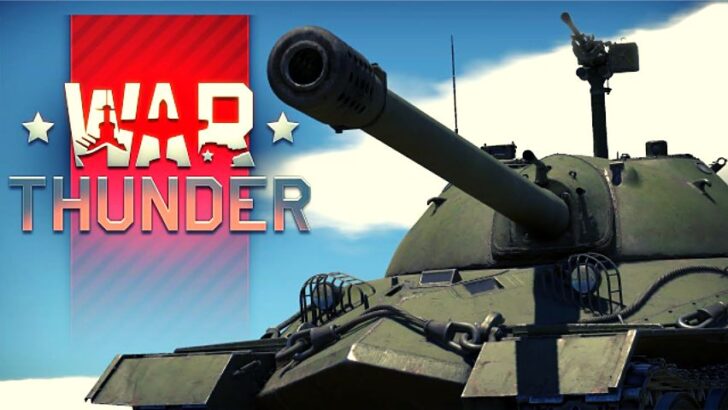 War Thunder, formerly known as World of Planes, is a free-to-play combat MMO game developed and launched by Gaijin Entertainment in 2013. The game is primarily based on combined battles on air, land, and sea. It features armoured vehicles and aviation both from the early 20th century and from the latest and most advanced modern combat units. PC players, as well as fans of game consoles, can participate in large-scale epic PvP battles with cinematic landscapes and authentic soundtracks.

Our War Thunder review will give you a rundown of the game’s main features before you dive into the blend of strategy and action.

For history buffs, War Thunder is a video game made in heaven, as it offers more than 2000 combat vehicles and 100 maps that depict the major historical battle theatres. In addition to Britain, the United States, Japan, Germany, France, and Russia, players can also command warships, ground vehicles, and planes from Italy, China, and other countries with smaller forces or less significance in battles. Smaller nations like Finland, South Africa, and Portugal are included in the game as well.

The main goal of ground and naval warfare is either seizing and holding strategic site on the map or totally seizing enemy points. To participate in epic battles, players ought to choose a vehicle from any country and a proper strategy for the battle. Players will be able to dive into the atmosphere of the real battles as the game events take place on the roadmaps from WWII that were recreated from satellite photos.

At the early stages of the War Thunder game, you can choose to start in reserve or with a combat rating of 1.0, which gives you access to the game’s smallest and weakest vehicles. To engage in your first battle, you should complete the Basic Training.

Next, you must choose your first combat vehicle from three primary categories:

As there are 3 types of vehicles, accordingly there are 3 crews – air, naval and ground. Crew Skills can significantly improve the effectiveness of crew performance, being for gunners, pilots, drivers, airfield/hangar/port mechanics, tank commanders and more. Each crew differs in terms of composition and crew skills.

In the War Thunder game, players have access to various types of battles:

In War Thunder gameplay, combined weapons engagements take place on land, sea, and in the air. The game’s creative designer, Kirill Yudintsev, claims that no other game combines all three of these gameplay sensations into a single experience. The range of vehicles includes naval ships from the pre-World War I era, tanks, and aircraft from the Spanish Civil War, as well as aircraft and vehicles from the Iraq War and other conflicts, with a focus on World War II, the Vietnam War, and the Cold War.

In addition to a smaller military, players can command planes, tanks, and battleships from key World War II participants and other nations. The three main categories of vehicles are Fleet, Ground, and Aviation. There is also a cooperative option where players may engage in combat with AI ground vehicles and planes in addition to a single-player mode that focuses on historical conflicts.

The majority of game modes feature maps that are developed for two teams of up to 16 players each. Certain game events may feature up to 64 people, instead of 32.

Combined battles imply gamers to participate in battles either with aircraft/helicopters and tanks or with ships and aircraft. SPAAGs and other anti-air units are responsible for providing a solid line of defense for allied vehicles against strikes, while a bomber is more effective in a naval battle when players have to sink an enemy destroyer.

War of Thunder is free-to-play, but it has some extra content that may be purchased with real money and can speed up the levelling process. Endless microtransactions will not let you win, but they will grant you access to a wider range of powerful vehicles.

The in-game economy features multiple currencies. The Silver Lions is the base currency and can be obtained by the defeat of opponent units, the successful conclusion of individual missions, and the collection of combat trophies. With base virtual currency, you can research new vehicles and modifications and purchase additional vehicle repairs, skins, and more. Moreover, Golden Eagles may be converted into Silver Lions if War Thunder players run low and require more.

A premium in-game currency, Golden Eagles, is mostly used by players to speed up the crew training, as well as purchase vehicles or their modifications. Besides, dedicated gamers may purchase a Premium Account to access more advanced vehicles and their upgrades. Golden Eagles are also eligible to earn players more Research Points and Silver Lions for each battle.

Game developers regularly delight their players with various bonuses and promotions. But the best way to get the biggest bonuses is to fight in battles with friends and allies. By inviting friends to the game, you will receive rewards depending on what rank your follower gets. Bonuses are given up to rank 5. Your friend must research the equipment of the corresponding rank to unlock certain bonuses. Additional bonuses are also available to War Thunder players, namely:

• Each player invited by you will be given 50 units of game currency.

• When 10 friends you invite can reach rank 3 in the game, you will receive an additional crew slot for each playable nation. However, this bonus is given only once.

Where To Play War Thunder

War Thunder game is a cross-platform game that is now available on:

The game’s cross-play feature allows gamers to play using the same server and form squads of up to four people.

Make sure that the device you use to play the game meets the following minimum system requirements:

The War Thunder reviews posted on reputable platforms like Steam or Metacritic can say a lot about the game. Therefore, prior to writing this review, our team of dedicated gamers checked the game reviews and ratings. Among the benefits admitted by the players, we can name realistic visuals and sounds, the number of historic and modern vehicles and a great variety of game modes and battle types.

As for game drawbacks, players mostly complain about the bugs and errors generated by the game engine. Players, in particular, dislike the fact that destructible elements are quickly restored, and even a small branch can prevent the projectile from passing.

In addition to War Thunder, there are several online games where you can lead armies of soldiers and war machines on large, either fictional or real-world battlefields. The worthiest alternatives are:

The War Thunder game is available for download both from the official website of the game and the Steam platform. The owners of PlayStation or Xbox One may visit the official online Stores and download the game from there.

Don’t wait any longer to begin your unforgettable adventure with the captivating World War II combat. Decide on the platform via which you will play, download the game, and get started right now!

The legit War Thunder game client is available on the official website of the game, Steam platform, PS and Xbox online marketplaces.

What Are The System Requirements For War Thunder Game?

You can familiarize yourself with minimum game system requirements using the table we provide above.

What Is The Price Of War Thunder?

This is a free-to-play game with optional in-app purchases.