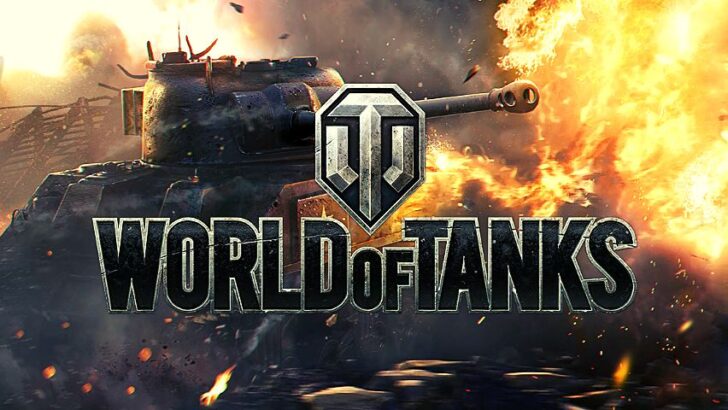 World of Tanks is a free-to-play, team-based MMORPG shooter game that was created and released by Wargaming in 2010 for PC, Xbox One, and PlayStation. The game features an ever-growing selection of historical vehicles for the epic tank battles of World War II, stunning visuals, and orchestral soundtracks.

Prior to diving into the blend of strategy and action, read our World of Tanks review to familiarize yourself with the game’s plot and other main features.

World of Tanks is a real-time multiplayer online game in the genre of an arcade tank simulator. Without any pre-games in single-player mode, players must participate in combat to earn credits, train the crew, and accumulate experience points, all of which are necessary for unlocking new modes and tanks.

The aim of the World of Tanks game is to win a Battle. This can be done in two ways: by completely destroying the enemy or by capturing their base. On virtual spaces known as maps, each crew has its base. Since each map is different in terms of size, terrain, location, and weather, it will encourage the use of different strategies. Note that the more allies are in the radius of the opponent’s base, the faster it will be captured.

At the beginning of the game, you need to complete the Bootcamp. This training program teaches you the fundamentals of the game while engaging in actual combat. Next, you get access to your Garage, where you can view all of your vehicles, research and purchase new ones and train your crew.

Overall, the tank cast in World of Tanks is enormous and is divided into the following categories:

In World of Tanks gameplay, no vehicle can run without full virtual crew. Under the player’s guidance, the crew controls the vehicle. Based on the vehicle type, a full crew can be any size ranging from 2 to 6. Within a vehicle, crew members fulfil five Major Qualifications – Commander, Gunner, Driver, Radio Operator, and Loader.

By clicking the pull-down menu next to the red “Battle” button, you can select from battles such as Random Battle (divided into Standard, Assault, Encounter, and Grand Battle modes), Frontline, Team Training, Clan Wars, Ranked Battle, and Strongholds. Since the World of Tanks is a massively multiplayer online game, you and your 14 allies engage in PvP battles against 15 enemies.

The online game is focused on mid-20th-century armored warfare. You have a one-of-a-kind chance in the game to experience what it would be like to command a real tank in a fierce armored assault. The game has different kinds of battles, so you can either form teams and compete against other teams, or you can fight against opponents who are of a similar skill level.

In World of Tanks gameplay, you can choose from five basic vehicles from each of the following countries: China, France, Germany, the U.S.A., the U.S.S.R., and the United States. You need to pick a tank, decide on the type of battle you want, and then start moving. Gaining as much experience and credit from battles as possible is your main objective.

It is a free-to-play online game that features optional in-app purchases. Players can make microtransactions in exchange for in-game resources that can be spent on accelerated tank upgrades.

World of Tanks features four types of virtual currency. The primary in-game currency acquired through combat is Credits. They may be used to purchase new modules, equipment, crew instructions and training manuals.

Experience is a crucial in-game resource that you collect through battles and may be used to purchase new modules for higher-tier vehicles or your current vehicle.

Bonds are unique coins that can be obtained via certain in-game activities, personal missions, battles, and the Referral program. Bonds can be used to buy special items like upgraded gear, instructions, skins and rare vehicles.

Gold is available only by paying real money or by completing unique missions like Bootcamp. It is used by players to get premium vehicles and days of the Premium Account, buy the Improved Battle Pass, and convert experience gained in Elite vehicles to free experience.

In 2019, the developers launched a special Prize Box feature, thanks to which anyone can pick up even small but beneficial rewards for free. Gifts can be received monthly throughout the year, that is, every month, the service is updated, and the rewards are again available for receipt on the account. The list of Prize Box gift items consists of combat missions for x5 experience, Premium Account (+50% to silver and combat experience), personal combat reserves, and credits.

Where To Play World of Tanks

World of Tanks is a cross-platform compatible game that can be played on Xbox One and 360, PS 4 and 5, PC and Xbox 360. World of Tanks Blitz is a mobile version of the WoT game that is available now for Android and iOS smartphones and tablets. You can play this game via PC using the official site of the game or download the client of the game from Steam. To play the game on a mobile device, one must install the game app.

Ensure that your computer satisfies the following specifications and that the most recent sound and video card drivers are installed:

Same as for every popular MMO game, there are positive and negative World of Tanks reviews left by dedicated gamers on well-known platforms, including Steam. Players from all around the world enjoy high-quality sound effects and visuals, detailed tanks and terrain, along with the regular addition of new maps and vehicles.

While the majority of gamers who have downloaded and played the game are content with the gameplay, some players complain that even though the game is free-to-play, premium items give paying players a significant advantage in battles.

But despite the huge popularity of WoT, gamers may test their skills with alternatives such as:

The PC users may download the game using the official Wargaming website, Steam platform or any other third-party site that provides licensed and therefore legit World of Tanks game client. Note that some platforms, Steam included, will charge you a download fee. The PS and Xbox One users may download the game from the official online marketplaces but only if they have an active subscription. A safe mobile version of the game called World of Tanks Blitz can be downloaded from the Google Play Market and App Store accordingly.

Do not waste another second, choose a platform through which you are going to play, download the game and start your gaming journey with the enchanting World War II battles today!

You can download it from the official website of Wargaming and Xbox and PlayStation online marketplaces. Mobile users may use the Play Market and App Store to install the game on their Android and iOS devices.

What Are The System Requirements For The World of Tanks Game?

Scroll up and find a detailed table with the game system requirements.

What Is The Price Of World of Tanks?

World of Tanks multiplayer is a free-to-play game with optional in-game purchases.